How to deal with the challenge of economically sound, socially fair and ecologically sustainable growth in times of growing inequalities? ENA’s panel discussion “Growth & Inequalities” addressed the topic in the context of the iv Delphi Economic Forum.

“ENA Institute intends to contribute to the shaping of comprehensive alternative policy proposals for the many” said Nikos Erinakis, ENA’s Director of Research. “Our goal today is to take part to the emerging public debate on a form of innovative and inclusive growth at the service of social justice, ecological and economic sustainability and the project of  equaliberty” he mentioned, as moderator of the round table.

“Governments should be pursuing expansionary policies, not austerity and they should be redistributing more, not squeezing the incomes of the poor” said Philippe Legrain, calling for “progressive structural reforms”.

“There are always alternatives” concluded, expressing the need for “a European Spring”. “There is a new approach to reduce inequalities and maintain economic growth”, was the key message by Raymond Torres. He highlighted the idiosyncratic limits between strengthening rights and education policies (pre-market approach) on the one hand  and enhancing taxation and redistribution policies (post-market approach) on the other, when it turns to reducing inequalities.

Raymond Torres pointed out that a third way, an “in-market” approach, is needed. He stressed out that in line with it, introducing regulations into the existing globalization framework is needed but at the same time market forces themselves should lead to equitable growth (e.g. labor market intervention to boost demand at supranational level). Carlos Vacas-Soriano gave a European Union perspective on inequalities and the consequences of the 2009 crisis. He told that “in the 2/3 of European countries middle classes are smaller than in 2008”, claiming that disposable income has not yet returned to the pre-crisis levels.

In this context, mr. Vacas-Soriano concluded that European recovery cannot be described as a success story, since it refers mainly to the fiscal level and is not reflected in the social.

“The issue is to examine the fragile situation of relative equality in Greece, which existed before the crisis”, according to Vlassis Missos. “Apart from the very important poverty indicator, it is necessary to add in the public debate the issue of the inequality in the productivity of the Greek economy, ie the lack of productive investments” according to KEPE Research Fellow. 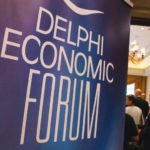 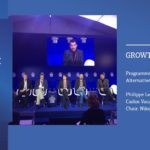