Τhe structures, institutions and political philosophy of European integration, as shaped to date, have proved to be completely inadequate in the face of the great challenges of the 21st century, eroding the very vision of a united Europe.

Europe remains a mosaic of nations, each with its own unique history and cultural identity, which share, however, certain common fundamental values and common interests, in other words a common destiny of peaceful coexistence and cooperation. However, the unrealistic insistence on the artificial creation of a supranational European state-like entity -especially with a clearly technocratic and neo-liberal EU serving as its institutional vehicle- ends up standing in the way of the fulfillment of this common destiny.

The alternative proposed here rejects ethnocentric isolationism, whilst serving as a counterweight to the over-concentration of power in non-democratic, non-accountable power centres.

A fundamental assumption of this proposal is that the constitutionally organised state remains the basic structural element of the European project, upon which is based the democratic legitimacy of any form of European integration.

Thus, a modern institutional and regulatory framework for the common pursuit of freedom, peace and prosperity in our continent -rejecting any notions of hegemony and power politics- is perceived as a voluntary community of equal partners, connected through a multidimensional, multitier network, the individual nodes of which- European states, mainly, but also European regions, insofar as applicable- interact within a functional grid of enhanced cooperation schemes, in which they participate -or not- voluntarily.

In this model -which is not limited to the EU, but includes it as one of its components, and may also apply within it- there is no evaluative distinction between the different degrees of integration, but rather an open, horizontal field of policy initiatives and cooperation. Each European country has the opportunity to freely choose its own level of integration into this nexus, participating -or not- in the various forms of closer integration and structured cooperation, depending on their specific characteristics, readiness, priorities and needs.

* Report synopsis by Yannis Gounaris, Lawyer, Doctor of Laws of the University of Athens, LLM London School of Economics

Written from the perspective of a journalist who covered wars for 30 years in Latin America, the Balkans, the Middle East and Asia, the book “Truth is Bombed. Media and War through the eyes of a war correspondent” is an experiential narrative with a strong reflective tone, which applies for the first time in the […] 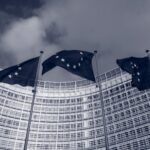 Commonwealth | For a new form of european integration