Alex Williams, Lecturer in Digital Media & Society in the University of East Anglia and author of the book “Political Hegemony and Social Complexity: Mechanisms of Power after Gramsci” talks to ENA Institute for Alternative Policies about the advantages & disadvantages of digital platforms in internal politics, focusing on the paradigm of the British Labour Party, the prospects for platform politics in the next few years and the theory of complex hegemony →

In which ways has Corbyn used digital platforms to become leader and consolidate his position inside the Labour Party?

In terms of internal politics, Corbyn and his allies have used a number of tools. Primarily, this has been through a parallel organisation, Momentum, which was originally his campaign organisation to secure the leadership of the Labour Party. Over several years, this mutated into a kind of party-within-the party. Initially then, this organisation was vital to taking power within the party, and later on in General Elections and internal mobilisations.

In the initial leadership campaign in the summer of 2015, Jeremy for Leader (as it was known then) was vastly more sophisticated in its use of a wide range of campaigning tools than the others. This was even more the case with the second leadership campaign in 2016. They used a number of systems to coordinate action, from basic mailing lists to generating shareable content. They synced up with large number of relatively autonomous grassroots online media organisations. Some of which were multimedia (Novara Media) some of which were largely written blogs (The Canary, Evolve Politics, Another Angry Voice and Skwawkbox). These drove a lot of sharing through emotive content shared through Facebook and Twitter.

Later Momentum became a membership organisation, operating through digital voting, along with some hierarchical structures with democratically elected roles. Digital voting included selecting amongst different policy and campaign agendas. Momentum developed (or had developed for it) a number of basic but effective digital tools designed to facilitate maximum usage of the membership. These included the ‘My Nearest Marginal’ app, which matched activists to their nearest marginal (i.e. close-run) regional seat in elections, allowed activists to share cars to be transported there, and to give them lines and frameworks to use in campaigning. This was a crucial advantage over other parties in terms of maximising the advantage of a large party membership (approximately 500,000 people). Other tools (some sourced from the Sanders US presidential campaign) included apps designed to allow ordinary members of the party to field campaign telephone calls to voters, and systems to coordinate text messages to activists prompting participation. Momentum used similar tools within Labour conferences to enable their agenda to dominate. Finally, Momentum also has its own media production wing creating original videos and clips (particularly of key lines from Corbyn and frontline Labour politicians) designed to be shared through social media platforms.

Parallel to this were instant messaging platform based circles of advisers collaborating with activists, journalists, sympathetic academics and so on, to coordinate high-level messaging and strategic approaches. These ‘outriders’ often appeared in the media as commentators pushing Corbynist lines but managed by an invisible digital infrastructure.

Additionally, there are developers and co-operatives operating in the slipstream and broad milieu of Corbyn’s Labour building platforms to assist in the organisation of this tendency, organisations such as Common Knowledge, essentially trying to reduce the initial costs of organising activism at a local level. Many of these initiatives are still at an early stage, but could have significant impacts in the future. What were the advantages of this political practice? Were there any disadvantages?

The advantages are an ability to use the large membership to its maximum potential, to get the manpower to the areas necessary for intensive campaigning, and to spread messages rapidly and effectively. This enabled an alternative media sphere to counter heavily negative and biased reporting by existing media (including newspapers and television news).

There were also substantial disadvantages. One is that having a non-linear and decentralised messaging system means that precise message discipline is harder to impose. This can be exploited by enemies and ideological opponents – ordinary people may say things the party itself does not approve of, or even slide into offensive speech. Similarly, the approaches of the ‘outriders’ such as sympathetic non-mainstream online media may not align with the party’s own perspective and can be exploited by opponents.

Another, less obvious risk is that this kind of politics depends on large social media platforms for its propagation. Facebook tweaked its algorithms relating to sharing in the years since the 2017 general election in ways that may mean that the kind of ‘organic shares’ that powered the user-generated media will no longer be as viral in nature. More research will be needed to think about how we can prosper in a system which is less easy to manipulate with emotive content and a mass base of activists.

Finally, there have been limits to the digitalisation of the broader party. Largely because of complex in-fighting between different groups (including but not limited to the remnants of the older Blairite and associated MPs, large but non-radical labour union interests and others) this has meant that attempts to digitalise have largely been prevented due to the hold-up in the democracy review, intended to entirely reform the internal functioning of the party. Effectively it is thought that Momentum would too easily dominate if digitalisation were brought more fully into the democratic and policy development elements of the Labour party a whole. Moreover, there are tensions between elements around the leadership of Jeremy Corbyn and Momentum on certain policy areas (e.g. on the degree of hostility to Brexit).

Many technical tools have had to be developed outside of Labour itself, because the teams in charge of technology within the party machine remain in the hands of bureaucrats who are in part remnants from the previous Blairite era, either ideologically opposed to the present leadership or incompetent and with out of date expertise.

What are the prospects for platform politics in the next few years? Can it serve transformative goals?

At this point, basically almost all politics is at least partially platform politics. But its prospects depend on what kind of party or movement is utilising it. For parties backed by corporate money, platform politics will mean ever larger advertising spends and ever-tighter integration into major social media platforms. It will focus on microtargeted adverts with automated A/B testing to allow rapid development of persuasive campaign materials, often with an increasingly national-populist bent (Trump 2016 being the ground zero of this approach). This will be combined with increasing use of deliberate digital disinformation designed to demobilise opponents, and computational propaganda like political troll farms and social media bots being mobilised to further attempt to buy-out the digital-political public sphere.

For parties and movements of the broad left, platform politics depends on continuing to innovate and design new forms of technologies that fit with our different strategic profile, (often needing to circumvent traditional media which is opposed to neosocialist politics and associated movements, including radical greens) and our distinct set of resources (often with greater resources of people and activists, but lower overall ability to purchase advertising through large social media platforms). Increasingly there will be an emphasis on not just using traditional platforms, but on building our own bespoke tools designed for specific purposes. In this sense, technology platforms can be made to serve transformative goals.

Simultaneously, the left in power needs to absolutely identify reform of the major social media platforms as a key goal to restrict the strategic efficacy of its right wing opponents and their ability to smoothly convert donor money into targeted influence campaigns.

In your last book, you set out a theory of complex hegemony. Can you please indicate the basic points of this theory?

Complex hegemony theory is an approach I have devised to try to understand the generic functions of power in the modern world. It identifies power as the ability to transform systems of different kinds (social, economic, political, cultural) and their inherent capacities to organise and reorganise human behaviours. Power is therefore the capacity to transform those systems that in turn work to make some things more possible and other things less possible. In this sense it locates tech platforms (for example) as a key new domain of political struggle, in that the basic functions of social media sites (amongst other technical infrastructures) work to sculpt the possibilities for broader human behaviour.

Power therefore lies not just in those spectacular halls of government but in all centres of infrastructural and communicative power. Transformative left politics should focus on both winning state-governmental power, but also seek to transform the broader techno-social infrastructures. 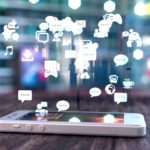